Do you know what is love?  Let me tell you a little story before we discuss what love is.

It was a Friday night and Megan could not settle herself to sleep.  She didn’t have to go to school tomorrow.  She got out of bed and turned on her computer.

“What should I do?” she asked herself for it is kind of late to get on to Facebook or Twitter.  All her friends would have been in bed by now.  She googled, “Stories”.

“Juicy, isn’t it?” a voice talking beside her.

She jumped up from her chair and she took a quick peep to see who it was.  She ran out of her bedroom as quick as she could.  “Why is there a man in my room?”  She closed the bedroom door behind her; she afraid the man would chase her.

After half a minute as she calm herself down and seemed like the man in her room is not going to come out.  She looked around and her jaw dropped.  She was flabbergasted to find that she was not inside her own house.  She was in a long corridor and she found herself standing on red coloured carpet.  As she looked at the doors and she see a number on the door opposite which reads “512”.

The first thing it came to mind – she is inside a hotel.  She saw a man and a woman coming her way, they are both dragging their luggage behind them.  They glanced at her a bit and walked pass her.  She followed them; she didn’t want to go back inside the room.  She felt safer with more people. 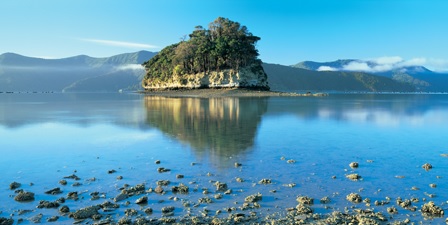 She followed them all the way down to the lobby of the hotel.  “It is a very big hotel,” she told herself.  She looked around the lobby and found that a lady was waving her hand at her.  She was in her uniform.  Megan realized the lady was calling her, so she walked up to her.

“You want to talk to me?” Megan asked the lady.

“Yes, Miss Williams,” said the lady. “I see you are still in your pajamas.  They are still serving breakfast if you want some.”  She pointed to the clock on the wall.  It was 9 o’clock.

Megan didn’t understand why she called her – Miss Williams.  That isn’t her name at all, but she didn’t say anything.  The lady pointed her the direction of the restaurant.

“Oh well!  I might just go and get something to eat!” she said as she followed the direction and found the restaurant.

She found that everyone she met address her as Miss Williams.  She could not ask them why they call her with that name; so she just play along.  Seems like this Miss Williams is a VIP in this hotel and no one ask her to pay the bill.  She was glad; she don’t have any money.

After breakfast, she doesn’t know what to do.  Since she was in her pajamas, so she cannot go outside.  It would be very strange walking down the street with your pajamas.

She went to the swimming pool on the roof of the hotel.  It was a nice view up on the roof and she can tell it was not the same city she lives in.  She could not tell where.  There were some people swimming in the pool and some people laying on their beach chairs.

She laid down on a beach chair far away from the pool she wanted to enjoy the sunshine.  Someone was touching her gently on her arm.  She opened her eyes and she saw a little girl.  This girl was probably eight years old.

“Hi!” replied the little girl. “My name is Sandra.”

“Hi Sandra, how are you,” replied Megan. She sat up in her chair.

“I cannot go in the pool.  My mom said it is not good for me,” said the little girl. “My mom said I have this sickness, but I don’t remember what was that they said the name was.”

They had a nice conversation and Sandra told her all about herself.  Where she lives, where she go to school… the whole lot.  When her mom told her to leave, she passed Megan a little plastic bracelet.

“I want you to have this,” said Sandra. “It will bring you luck.”  She followed her mom as they went back inside the hotel.

Megan sat there for a little while and she went back inside the hotel to get some lunch.  After lunch, she was just walking around to explore the hotel.  She found that there will be a wedding held here tonight.

“I’ll go and have a look at that,” she told herself.  Girls love weddings.

Not long after, she saw people coming who dress up very nicely.  She followed them onto the mezzanine floor where the wedding will be held.  There was a whole crowd of people inside, there must be at least five hundred people.

Many of them looked at her with a funny look.  She was in her pajamas, but inside a hotel, you can get away with it.

Suddenly someone called her, “Miss Williams.  There I found you.”

Megan was surprised to found a handsome looking young man walking towards her.  She held her breath; she has never seen anyone so, so handsome.  Her eyes were fixed on his good looking face.

The young man held her hand and lead her to a chair on one side.  She just followed him like a dummy.  She was in a dream.  She was already in a dream, now she was in another dream – a dream within a dream.

She was in this dream state throughout the wedding.  The young man’s name was Robert.  That was the only thing that she heard.  They were talking and talking….until the wedding was finished.  Even after everyone was gone, they were still inside the hall.

The hotel staff saw that it was their VIP guest so they didn’t disturb them.

Somehow, he kissed her.  She shivered as he lowered his lips to hers.  After that, he let her lay her head on his lap and he stroked her silky long hair gently.  She fell asleep, it was a long day since last night.

She did not know how long she slept.  She had a dream, and in her dream, she and Robert get marry in a magnificent church with thousands of guests at their wedding.  She was wearing a beautiful white wedding gown with long train. 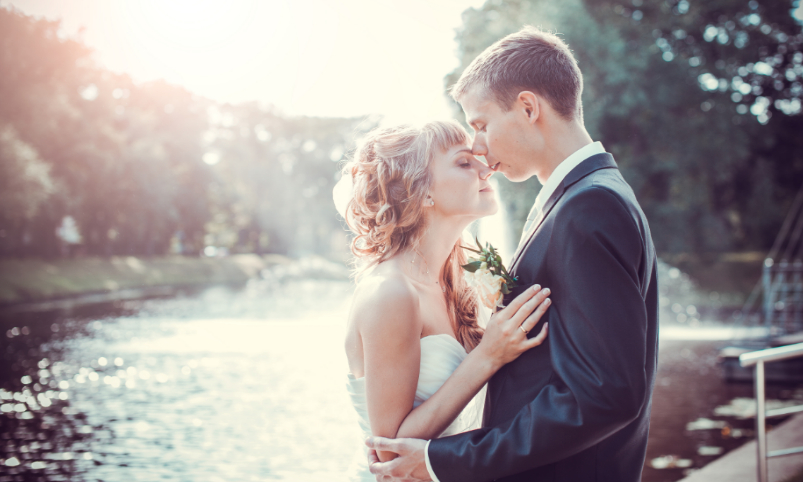 She opened her eyes and found she was in her own room.  “Damn!” she said to herself, it was such a nice dream and she was very annoyed that it ended so soon.  In fact she didn’t want to wake up at all.

She saw that her computer was still on, and it was still displaying that page that she was reading on Stories of MisterWailor.  “It was a funny dream,” she shook her head. “I was in a hotel and girl and wedding – ”

When she looked at her wrist and she found the plastic bracelet that the little girl gave her.  She was so shocked.  “How on earth does this happen!” she shouted.

“I thought it was a dream,” she was talking to herself in her head. “That means I might be able to go back and see Robert.  I am in love – he is gorgeous and his eyes melted my heart.”

“The page on the computer is still there.  Should I go back or not?”  she paced round and round her room and she couldn’t decide what to do.  She still remembered the warmth of Robert’s lip; it was her first kiss.  Now she knew why people say the first kiss is the sweetest.

My readers.  What do you think?  Should she go back or not?  Leave me a comment and tell me what you think.

Let discuss what is love.  Why do we love someone just on the first encounter?  Is it wise to have love at first sight?

Most of us will agree that it is stupid to have love at first sight.  You don’t even know who the person is and you also know nothing about his/her characters.  Is the person a good or bad person.

It is this joy of giving and total commitment which makes love beautiful.  Absolutely no reserve. Isn’t it this is the kind of love we all wanted?

You will be rewarded when you give your true love.