What is Buddhism – Untold Secret

What is Buddhism – Untold Secret

Before I tell you the secret of Buddhism, I want to go over what Buddhism is all about.  Buddhism was founded in the 5th century by Siddhartha Gautama, we called him Buddha.  Buddha means “the awakened one” or “enlightened one”.   You can get more details of Buddhism at Wikipedia – http://en.wikipedia.org/wiki/Buddhism

Siddhartha observed the suffering in the world.  He was a

very loving person so he found it very painful to see people suffer.  At the time, India was a very poor country, and poverty was prominent.

Therefore, he left his wife, kid and also his inheritance to the throne.  He set off to find a solution to end all suffering at the age of 29.  He travelled around India and 6 years later, he sat under a sacred fig tree and meditated for many days.  He finally found the answer to the cycle of suffering and rebirth.

Some of the ideas of Buddhism came from Hinduism – the oldest religion on earth.  Hinduism believed that our soul will reincarnate after we died, then we will go through re-birth and suffer again.  This re-birth will go on forever and our suffering never end.

Even if you have very good karmas, but you still have suffering – just a little less.

So what was he thinking while he was sitting under the fig tree? 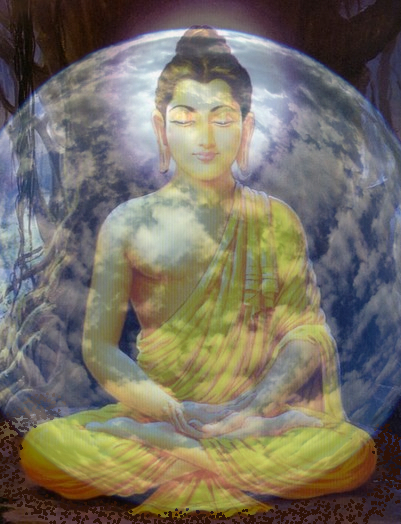 The answer is very obvious.  How can he stop his own rebirth?

Rebirth is the key.  You cannot kill yourself to stop your suffering.  You stop suffering for this life, but you still suffer in your next life.  Everyone has desire, love and emotions.

Do you know what does it means if you stop your own re-birth?

There are two possibilities.  The first one is you exist in another form, a spirit, a ghost or a form or place which we don’t know about.  The second one is, you no longer exist in this world, totally vanished.

So which one did Buddha pick?

Most people will pick the first one.  It is very hard for most of us to accept death emotionally.  We all want to live forever.  So that is why the Christian heaven is very appealing.  We can continue with our life and also live happily – who wouldn’t want this?

I tell you what Buddha picked.  He picked the second one.  Why?

You can see it from his teachings.  Buddhism teaches us, detachment.  When we detached from materials, emotion and desire, we will not suffer from it anymore.  The higher the percentage you can detach from these, the less you suffer.

If Buddha picked the first one and still exist in some other form, he would still suffer.  For example, 0.01 is still a number, even though it is very small.  Until he becomes nothing, totally zero, then there will be no more suffering and no more rebirth.  The other reason is if he was in another form, he lives to amount us.  He would still see and feels the pain and suffering that we have.

Some people suggested Buddha lives in another plane of existence after death.  Yes, they would like to think in this way base on the reason I have told you before.  It is not true.  There is no meaning for him to exist like this.

What is the meaning of existence when you don’t exist?

So he picked the ultimate solution.  He vanished.

Why did he promote Buddhism?

As he has enlightened himself and before he leaves the world.  He still has feelings for the people.  He cannot tell anyone, “You believes in Buddhism and you vanish from this world and no more suffering.”

(This posted a very interesting question.  If he still has feeling for the people; had he totally enlightened?)

To the ordinary public, he taught them:-

If everyone can do this, this will become a better world and fewer people will suffer.

To me, Buddhism is the most reasonable religion in this world.  Buddhism promotes kindness and immaterialistic, which I think is great.

Buddhism is not for everyone.  It is for people who loves to live in peace and calmness.  If you enjoy the emotional roller-coaster; intense joy and sorrow.  Pick something else.

(Have fun in your life and choose whatever please you.)

Please leave me a comment below if you have anything you want me to know.  I would love to hear from you.