The Wealth of a Country

The Wealth of a Country

Recently, I visited Papua New Guinea on a business trip.  It is a small country north of Australia and next door to Indonesia.  It has a population of over 7 million.

It was my first time visiting this country.  My first impression of the country – it is relatively poor.  It reminds me of – third world country.

For work, I have to go to one of the small places called “Lae” which is 305 km north from the capital “Port Moresby”.  Even though is it not a huge distance, there is no road access and you can only travel by plane.  In between there are forests, valley, rivers and steep hills.  I think they don’t have money to build a road. 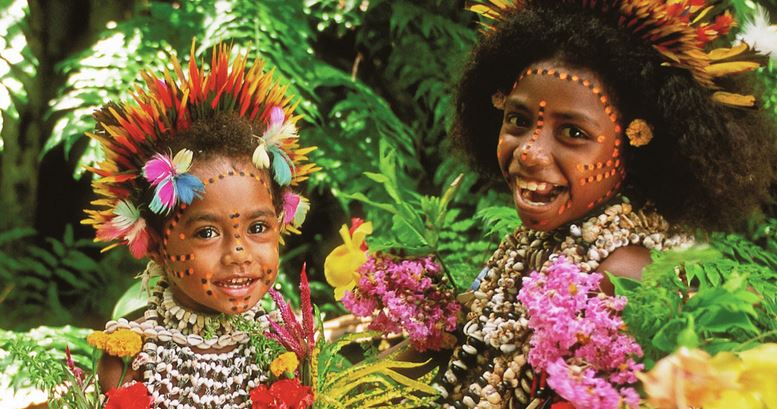 PNG is a beautiful country.  If you are interested in finding out more information about PNG, you can click on this link. http://www.adi.org.au/health-in-png-2/png-country-profile

Here is a shocking description of the present state of the country.  “Outside of the few major cities, people depend on subsistence-based farming for their livelihood. Overall, 60% of the population lack access to clean water and 55% lack access to sanitation. Only 10% of people have a telephone and less than 2% the internet.”

I had a discussion with a guy I visited in the Forestry Research Institute, his name is Benjamin.  When we were having lunch together, he asked me, “PNG has a lot of resources, but why are we so poor?”

I don’t know why he asked me this question.  Maybe during our conversation, I told him many facts about the world and the impending collapse of the US Dollar and other stuff I learned on the internet.  I might see by him as someone who know a little bit about this world we live in.

Here is what I told him:-

There are two questions he needs to answer to understand why Papua New Guinea is so poor.  The first question is –  who is mining the resources?  If it is the big corporations from other countries, it will not help the economy of PNG much.  The tax PNG Government received is minimally compares to the profit made.

I said in my earlier article – You have been robbed.   The resources of a nation should belong to the nation and its people.  A foreign corporation has many ways to avoid paying tax.  Even if they pay their taxes fairly according to the PNG law, the benefit it brings is minimal.  It will be different if the government sets up its own mining company, they can retain all profits.

The second question is – how hard working are the people of PNG?  If the people are lazy, even if there is gold on the ground they will not want to pick it up.  This sentence is a little bit too extreme, but the essence is people are the most valuable resource of a country.  Have you heard of the term “Human Resources”?

It can be seen from the history of many great nations.  The rise of America is because of the hard work of the people.  The industrial revolution of the western world like Britain, Germany and the current new entrants to the new wealth – China and India.  The people worked very hard to achieve what they have today.

It is plain and simple.  When you produce more than what you consume, you are building wealth.  You can sell the surplus to other countries who needs it.  If you spend more than what you produce, you will end up in debt.  It is a very simple logic, but many nations and people don’t seem to understand.  Are they too dumb or too lazy?  I think it is a bit of both.

I also told Benjamin that our minds are the most powerful tools in the world.  To make it useful, you have to input some knowledge in it.  When you have nothing good inside, you will not get anything good from it.  Therefore, we need to make ourselves knowledgeable.  The kind of knowledge that are useful to us and beneficial to our country.

Having only knowledge is not enough; you need to be hard working.  Courage and kindness are also required for you to become a  good man, a productive man, who is an asset to the country.

There are too many lazy people everywhere.  They don’t want to do anything, but they want to have a good life.  They love to sit around doing nothing.  These people are a burden to the country.

I understand there is unemployment everywhere in the world.  The best way to solve unemployment is to have the government to employ them.  Instead of giving them unemployment benefit and they sit at home doing nothing.  They could do something which doesn’t require any skills.

Here are some of the works that they can do:-

Dashrath Manjhi – The man who moved a mountain

Here is an inspiring story about an Indian man who spent 22 years of his life, he single-handedly carved a road to cut through the mountain.  He did not get paid for his work and he was using only a hammer and a chisel, which he brought with his own money.

I hope you can get inspiration from this story.

Rather than doing nothing, we can use our time to change the world and make it a better place for ourselves and our children.

Get your ass off the couch!
-MisterWailor