There was an old man, he regarded himself as a philosopher.  He dedicated his whole life to learning and searching for the meaning of life. He thought it was the ultimate question of human existent. It would be great if he could find the answer.

He read millions of books and he had talked to thousand of scholars, teachers, professors and also ordinary people.  He asked everyone – what is the meaning of life?  He found that everyone gave him a different answer.

Here are some of the answers he got:

My readers, what is your answer to this question? 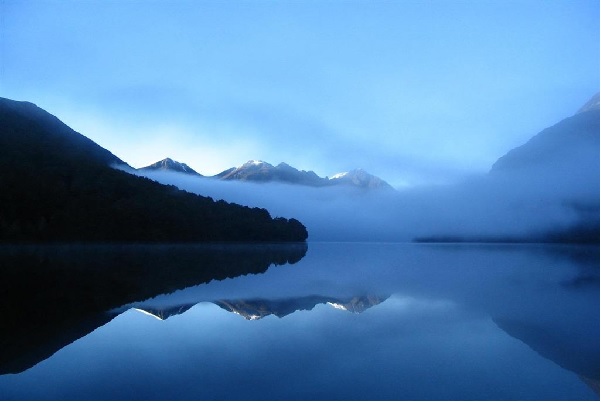 At the end, he didn’t find out what the meaning of life is.  Before he died, he called his two sons and gave them his last words.

“Michael. George,” he said.  “I’ve spent my whole life searching for “the meaning of life.”  I failed to find the answer.  I wish you could do that for me.  If you can do that, I’ll be happy in my grave.”

The two boys didn’t know what to do but they made an oath and promised their dying father that they will continue his work.

Michael was only eighteen and George was nineteen when they lost their beloved father.

One day, Michael said to his brother, “You’re more intelligent than me.  You always get good marks at school.  You should have a better chance finding the answer, what actually is the meaning of life?”

“Yeah, you’re right.  I’ll go and do that for our father,” George replied.  “You better stay and look after the house and everything.  When I’ve the answer, I will come home.”

The next day, George said goodbye to his younger brother and he set off to find the meaning of life.

He was a smart boy indeed.  The first thing that he did was he went to one of the biggest temples in the country.  His idea was the monks are very wise and they should know what is the meaning of life.  But one thing he didn’t know was his father had already talked to the monks before him.

He spent five years at the temple.  Day and night he studied Buddhism together with other monks.  He asked everyone he met, but he cannot get a satisfactory answer.  He learned a lot about Buddhism.

What he had learned in Buddhism was:

“Life has no meaning.  It is just a journey.  Buddhism believed in reincarnation, after we died we will reborn again as another person.  As we reborn again, we suffered again for another lifetime.  They believed – living is suffering.  In order to end our suffering, we have to practise Buddhism and the ultimate goal is ending this cycle, born and reborn, and we become a Buddha.  Then we will vanish from this universe and no more reborn, hence no more suffering.”

“So life’s meaning is to end life – to be non-existent?”, he was confused.

He persisted to find the answer.  Another year passed, he had almost read all the scriptures in the temple.  At the end, he gave up.  He thought he could follow the path of Buddha and travel the land and find his answer.  He didn’t want to go home, he was ashamed of himself because he failed.

He then went and studied Christianity.  “Our purpose is to serve God.  God is the meaning of life.  We will go to heaven after we died,” the Christians told him.

He thought long and hard, but he felt that something was missing.  Our only purpose is just to serve God?  Something is missing, but he couldn’t pinpoint what it is.  (Note: sorry, I cannot tell you what is missing.  I don’t want to upset anyone.  MisterWailor)

Many years had passed, he became a famous scholar in the country.  He was so knowledgeable, he had read so many books and scriptures.  He could give anyone answer to whatever they want to know, except one.

Forty years have passed.  One day, he decided, it is time to go home.  He was thinking, even though he could not fulfil his father’s request.  Now, at least, he is a famous scholar and he wouldn’t feel ashamed of himself.

His younger brother welcomed him home and they were very happy to see each other after such a long time.

As for the younger brother Michael.  He lived an ordinary life.  He got married and he had two sons and two daughters.  Now he also had eight grandchildren, the youngest one was five, Sarah.

When Michael and George were talking one day.  Sarah went up to Michael, “Granddad, could you read me a story.  Please…..”  She begged him.

“Sarah, do you not see that I’m busy right now.  Go ask your mum.” Michael replied with a smile.

Sarah persisted.  Michael picked her up and sat her on his lap.  She played with his bread while they were talking.

“My brother.  I’ve come to know that you’re a famous scholar now.  Did you manage to find out what the meaning of life is?” Michael asked sincerely.  “Can you tell me?”

George stared blankly at his brother and Sarah.  He didn’t know what to say, for he didn’t know the answer.  He just looked at the two of them, playing and hugging each other.  Something suddenly hit him.  I mean an idea just came to his mind.

He suddenly realized what he was looking for after forty years is right at home.  Right here, in front of him.

It is LOVE, that is the meaning of life.

If you want to know why “love” is the meaning of life, you have to read part 2 of the story.

There are something you can always do for the people you love.  Give them something today to tell them that you love them.  Send him/her some flowers, and show your appreciation and love.  Click here to enter the flower shop.

Mister Wailor you are absolutely correct! The purpose of life is LOVE! But your still missing one very important thing:

“So we have come to know and to believe the love that God has for us. God is love, and whoever abides in love abides in God, and God abides in him.” 1 John 4:16 ESV

Christianity isn’t about serving God, it’s about loving God and loving others and because of our love for them we serve them.

“even as the Son of Man came not to be served but to serve, and to give his life as a ransom for many.” Matthew 20:28 ESV

Thanks for stopping by and leaving me a comment. I appreciate your input to the subject.

Thanks for your comment. Part 2 will be out very soon.
Cheers,
MisterWailor