Have you ever felt the joy of giving?

There was a small town somewhere in China. 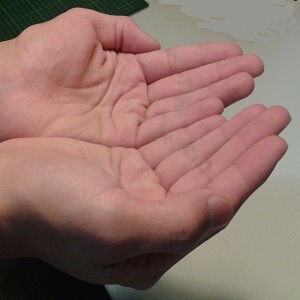 He became a successful businessman since he scores a big deal when he was twenty-five.  He could still remember how happy he was when he managed to make half a million dollars.  It took him more than half a year to secure the deal, and he was ecstatic when it finally came through. From then on, money keeps pouring in.

Recently, he felt a bit lonely.  He has been counting his money and it used to make him happy.  But in the past few days, it seems something was missing.  He didn’t have any friend.  He always thought people wants to make friends with him is because of his money.

Months went on and this feeling of loneliness and emptiness inside him became worse and worse. He didn’t know what to do.

He suddenly remembered his servants once mentioned about a monk.  They said this monk knows everything in this world and he can tell anybody what their future will be.

He went to the temple and he met this monk.  He was an old man, maybe in his sixties.  Chow looked at the monk and he didn’t seem to be an intelligence man.

“What are you after, my son?” the monk asked him.

Chow hesitated a bit. “I am not happy, is there any way that you can make me happy?” he replied after a slight pause.

The monk thought for a moment. “I know you are a rich man.  The only way for you to get happiness is to give away your money….,” he told him.

Before the monk has finished his sentence.  Chow got up from his chair and left.  “What a crazy idea! Ridiculous!” he talked to himself.

He locked himself in his room for days, but the feeling of loneliness didn’t go away.  He didn’t feel like counting his money any more, he was not getting the joy out of it.

Finally, he decided to do what the monk told him.

He asked one of his servants if he knew anyone is in need of money.  “Everyone needs money.  I don’t mind if you want to give me some money,” his servant laughed and said.

As a businessman, he won’t give anything away for nothing.  He thought for couple of minutes, then he said, “Okay, I will give you $1000, but you have to serve me a meal at your house.”  A thousand dollars was a lot of money in those days.

The servant laughed, for he did not believe what he had just heard.  “No way! This miser giving me money,” he thought.

Until Chow put the money in his hand and said, “Deal, a meal for $1000.”  The servant couldn’t believe his luck.

The servant was very happy, money dropped from heaven.  He served him a meal on the following day in his little hut as he promised.

To Chow it was his first time that he had dinner in a poor man’s house.  He didn’t mind; it was very interesting for him.  He looked around his servant’s house although there was nothing much to see.  He saw many little things that he saw first time in his life.

They had a nice conversation and his servant told him a lot of things that he didn’t know before.  All the gossips and interesting things that happened in their little town.

He went home that night and he realized – the monk was right.  “I am very happy tonight.  I had gave away my money and it made me very happy.”  Happier than when he brought himself some nice antique and happier than counting his money.

From then on, every day he gave his money away and he had a meal with the person’s family.

He became the most popular person in town.  People invited him to dinner even they didn’t received money from him.  He now had many friends and he was busy everyday.  He has learned to help people, like repairing their house, fixing the fence and doing other works like that.

He has learned so much about life after talking to other people.  He found that poor people are more content with life and they don’t need a lot of money to be happy.  He realized, money doesn’t make you happy.  He has learned the joy of giving.

MisterWailor: Of course, this is only a story.  You will never know the joy of giving until you have tried it.  If you don’t have money, there are other things that you can give – a smile, an encouragement, advice or give someone a hand, etc.