Aunt Mary’s laughter is wholesome and infectious. She lives an active lifestyle and is very out-going, which is quite unusual for a seventy-five-year-old woman. She loves to mingle with the younger folk. She can make anyone laugh with her funny jokes, and she is such a delightful person that no one would believe she had had so much suffering and struggle in her life. 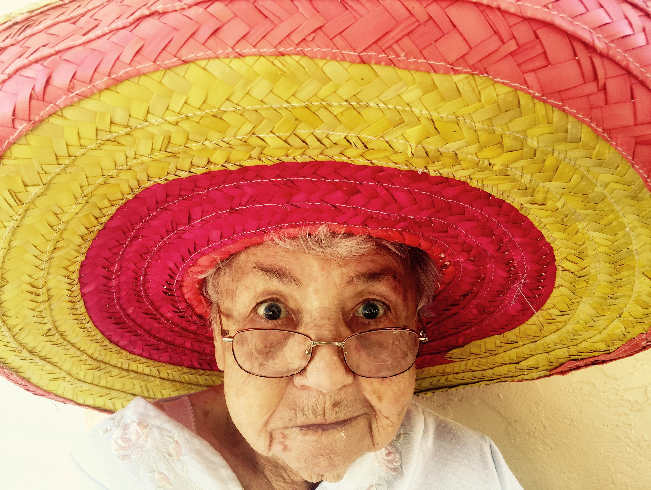 I only knew of her tragic past because we were neighbours and mum sometimes told me of her earlier life. Here is her story:

Aunt Mary’s husband was a drug addict. He passed away and left her with five children to look after, roughly forty years ago. The eldest child was twelve, at the time, and the youngest was only three months old. It was a dire situation in which no one would want to find herself. She was lucky to find an employer who was willing to both take her in as a housekeeper, and also to give them food and shelter. One could only imagine how difficult life was for them, but she managed to bring up her five children by herself.

Many years passed and her eldest son reached the age of twenty. He enrolled at a university overseas and left home. He was never seen again. He was sick and tired of being poor – he wanted to find a new life for himself, away from his poor family. It was an understandable decision, but it dealt a deep blow to his mum, and also to his brothers and sisters. Aunt Mary visited and pleaded with her son, but he refused to come home. He was selfish and inconsiderate, but there was nothing Aunt Mary could do to bring him back.

A few years later, her younger son got married to a lovely young lady. They had a beautiful daughter. It should have been a happy family, but it didn’t last. When his daughter turned five, he found out that he had cancer. Two years later, he said goodbye to his mum, leaving behind a small child and his beloved wife. Aunt Mary was devastated, but life goes on. She had lost two sons. One who left of his own will and the other one to cancer. One would think that good times would come, but there was no such luck for Aunt Mary.

After a few more years, her eldest daughter developed cancer as well. One could say that it wasn’t fair, and it’s true – there is no fairness in life. Some people are luckier than others. Aunt Mary’s daughter passed away a year later, after a tough fight with her illness. I couldn’t even imagine how Aunt Mary must have felt at that moment. I cannot grasp how anyone would feel in this situation. There was nothing she could do to bring back her daughter.

When Aunt Mary turned seventy, one would have hoped that God would give the poor lady a break and not be so harsh on her. But no, Aunt Mary’s elder sister died of old age, and her younger sister passed away as well from a stroke, within two years time. I have never seen anyone so unlucky in my entire life – except Aunt Mary.

Even though she had so much suffering in her life, she always kept a positive outlook. She laughs a lot and enjoys every day as it comes. She lives with her two remaining daughters and they love their mum very much. The suffering they went through as a family only made their bond stronger than most.

Some people complain, and say that life is hard and unfair. Compare yourself to Aunt Mary. Your suffering is nothing, so stop complaining and start living! Aunt Mary doesn’t complain and she won’t be broken by any hard situation. She just lives life as if nothing has happened.

I have seen many people who feel that life is too hard, and either become bitter towards people around them or they hate this world. This kind of emotion doesn’t help them at all. In fact, it will make their life harder. A positive attitude is a more healthy approach. It has been scientifically proven that positive people get more benefits than negative people.

The benefits of being positive: