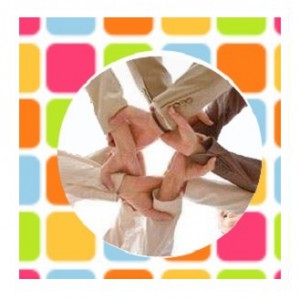 An old man was very sick, he knew that his life was going to end soon.  He has ten sons, but his sons could not get along with each other.  He had to do something and he had been thinking about it.  He told himself, “I need to teach them that when they are united they will be strong.”

He summoned his sons to his deathbed and he told them to get a bundle of fresh straw.

His sons passed him the straw, “Father, here is the straw you want.  Why do you need this straw?”   They were very curious why their dying father wants a bundle of straw.

The old man gave a piece of the straw to his eldest son.  “Break it for me,” he told him.

He was puzzled, but he obeyed his father’s request.  He broke the piece of straw in half.

Then the old man passed two pieces of straw to his second son.  He broke it again in front of the old man. His sons were wondering what was going on and they asked their father, “What’s the meaning of this?  We don’t understand.”

The old man told them to keep quiet and he continued to add on more straw until his son could not break the bundle of straw with all his might. The old man said, “Son, the reason I called you here with the bundle of straw is I want to teach you something.”  He coughed then he continue, “Each one of you is like a piece of straw.  If you’re not united, you can easily be broken just like a piece of straw.  But if you’re united like a bundle and you will be strong.”

They kept silence for a moment and they understood what their father was trying to tell them.  “Father, we understand,” said the eldest son.  “We will be united and we will be good brothers forever.”  They sworn in front of their father and the old man died with a smile on his face.  The ten brothers obeyed their father wish and they became one of the strongest tribes in the land.

This is the power of unity.

I think every one of us knows that, but in real life, we never practice it.  In my family, every member of my family has his or her own agenda.  We all go separate way and do our own thing.

You know that some families are very united and they built family businesses and became very rich.  For example, the Kennedy family of  USA.  The Smorgon family in Australia.  Their power comes from their unity.

Do you know why there are so many problems in our world?

Some of the problems will never be solved, like poverty, racial discrimination, unemployment, economic crises, etc. If you are interested in what crisis we are facing, you can visit this website: 10 greatest threats facing the world in 2014.

Why are we having these problems?

It seems to me our problems is getting worse everyday.  How did we get ourselves into this mess? I don’t know how, but  we could fix these problems.  But one thing I am sure about, if our all 196 countries in this world could not be united, then these problems will never be solved.  I will explain to you the reason why.

For example, if you have a neighbour who is poor and he needs help.  If you are a kind person, you might give him a little bit of money.  That is all you will do and you won’t help him with everything you got.

If you have a brother who is in trouble.  What would you do?  You will help him whatever way you can, because he is your brother.  You might even sell your belongings in order to help him. So if we couldn’t see other people or other countries as our brothers or sisters, we will never be able to help one another.  We will never be able to solve these problems.

I have come up with a name for the unity of all our nations.  Nationals Of Planet Earth.  But I later realized the acronym of this name is NOPE.

Mister Wailor, this is so true and can be very heart-breaking to think about the lack of unity among families,communities,and nations. It reminds of a proverb saying that a three-fold cord is not easily broken. I think of it like the mind, body, and soul. If one is not present we are easily broken. Its kind of like the story of the dictator he has a smart mind and has the body to carry out his dictatorship but his soul is poor and it causes the crumbling of his dictatorship. I enjoy your stories as they have so much meaning. I personally want to thank you for sharing.

Thank you so much in liking my stories. I feel sad when I see families and nations cannot be united.
I want to bring awareness to people, and that is my aim for my stories.
Please come back more often. I will write more stories for you.