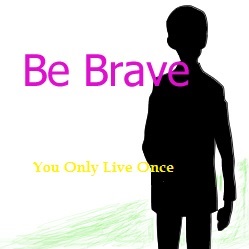 Around twelve years ago. I was made redundant in my first job in Australia.  I was only in this job for six months. I still remembered during the initial interview for this job, my manager told me that I can work in their company for as long as I want.  But it all ended in a few months time.  My manager was the one who told me that they don’t need me anymore.

It was because of September 11, 2001 when the famous Twin Towers in New York was attacked by terrorists.  A lot of companies made use of this incident as an excuse to reduce their staff level.  I was one of the unlucky ones.  During that period,  50,000 people lost their job in Australia every month.

Without a job and my wife wasn’t working at the time.  We didn’t have much deposit and all the money that we had could only last for a month.  I went for a few job interviews but no luck.  I was prepared to do anything to put food on the table, but no one wanted to hire me.

To make the long story short, I managed to get a taxi license and I drove a taxi for a couple of months.  Finally, I secured a job as a television repair technician.  It was in this company where I met Jamie.

Jamie was a Filipino around 35 years old when I first met him.  He was the supervisor of the service department and I was working under him.  His first impression to me; he was a very nice person, confident and always willing to help.  I was happy to have him as a friend.

He taught me a lot of things and he told me how this company was formed and how they operate.  Jamie has been with the company for over 10 years.

Our manager -Victor – was one of a kind.  You probably will never find anyone like him anywhere else.  Every morning when I arrived, he will be there in his office.  In the beginning, I would said hello to him every morning, but he never responded.  He acted as if he didn’t see me at all.  After couple of weeks, I gave up saying hello to him.  I have never seen anyone so rude and so eccentric.  Also, Victor did a lot of things and no one would be able to understand why.  What a guy!

Jamie and me got on pretty well.  We went out for lunch everyday together with Andrew – he worked in customer service.  Andrew was a Vietnamese guy, he was the same age as Jamie.  Andrew spoke with his Vietnamese accent and sort of I called “broken English”.  Andrew would say “fi” instead of “five”.  I don’t understand why Victor hire him to do this job – that’s Victor.  In his job, Andrew has to talk to customers everyday.  I don’t know how he communicated with customers using his “broken English”.

Our conversation at lunch time was always centred on Victor and how pathetic he was.  How he ordered Jamie to do something which we think are useless, absurd or ridiculous.

At the beginning, I didn’t realized but after some time I told myself, “why are we talking about the same thing over and over everyday?  Why are we so dissatisfy with our work?”

“If you are so unhappy, why don’t you quit and find something better?” I wanted to ask Jamie, but I didn’t want to upset him.

Andrew was also very dissatisfied with his job too.  Every day he received complaints from disgruntled customers.  He told me he was very unhappy.   He had developed illness because of his stressful job.

I couldn’t understood why Jamie didn’t go and get another job.  He was smart, hard working, confident and sociable.  He got on well with everyone.  Later I realised that he felt insecure and lack of confident.  The confident he put forth was just an act.  On the surface, he didn’t seem to be a coward – but he was.

I knew in my heart if he had went and find another job, he could make a lot more money and he deserved something better – a better boss at least.  Instead, he would willingly took orders from Victor and mourned about it everyday, and did nothing to change the situation.

Could you tell me why he act this way?  Why some people have no gut to get themselves a better job?  For themselves and for their own family sake.

My respect towards Jamie started to change.  I used to see him as a confident young man, but now I saw him as a coward, a loser.  I felt sorry for him…

My reader, if you are in a similar situation as Jamie.  If you are dissatisfy with your current situation.  I urge you to act and change it for the better.

I have seen numerous times that people would found a solution, something good will come up if you keep looking.

BE BRAVE, FOR YOU ONLY LIVE ONCE.

p.s.  I worked in that company for five years.  I left that  job later on for I didn’t enjoy working there anymore.  Jamie was still there when I left.