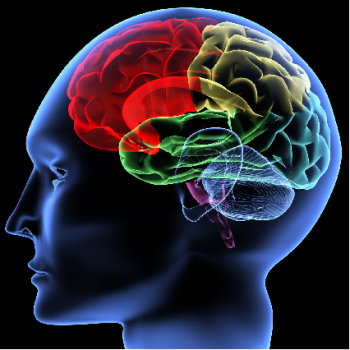 We can all agree on some teachers are better than other.  It is because the good teachers can formulate  their lessons in logical steps and present their lessons in a manner that the student can understand easily.

The end result is they both failed miserably. Why? I will tell you after you have watched the video.

It was amusing that they are just going in circles, with both sides presented their argument poorly.

You might wonder why?  The answer is some brains are better than others.  Without the proper training, we are unable to participate in the debate.

What did they fail to understand?

The first thing that they do not understand is – the burden of proof is on the side which makes the claim.  The caller is correct that if an atheist said that God doesn’t exist and they will have to prove it.

It came down to strategy.  So during a debate, you should let your opponent make the claim and they will have to prove their claim.  I give you an example.

A clever atheist will do it this way. (Or the opposite way for a Theist.)

“Do you think God exist?” ask the atheist.  It is a trap for the theist to make the claim.

“Show me the evidence,” said the Atheist.

Then the Theist will have no choice but to give the evidence or proof.

It is just simple logic, but both the host and caller do not understand this concept.

It is very hard to prove that something does not exist; same as to prove that you did not do something.  Especially if you do not have bounds and limitations.  It is plain stupid to include the whole universe.

I found people bringing up the existence of unicorn argument to be pointless, also, they include the whole universe.  I would only say, “there is no unicorn on earth.”  Some stupid people also say God exist in another dimension – total nonsense.

It is the same reason that proving that you didn’t do something is almost impossible; that is why most legal systems are based on positive prove, not negative.  When you accuse someone of killing somebody, the prosecutor has to prove that you did it, not the other way round.  Not unless you have alibi who can prove that you were not there when the killing happened;  so that is why we need DNA evidence.  Sadly, before the discovery of DNA, many people are wrongly accused and jailed.

I have many experiences on talking to other people who are unable to understand simple logic or people who will say something which is totally unrelated to the discussion.  I believed that they think it makes sense – only to themselves.  We called it babbling.  It doesn’t matter if the person is highly educated or not.  Due to the fact that they have never had the training in logical reason or patience.   One needs patience to fully hear what the other party is saying and take the time to digest.

I am sure you have met people who can talk without thinking.  So before you decide on having a serious discussion with someone, you need to find out if they are capable or not.  Otherwise, you were just doing what they are doing in the above video.  It is a total waste of time when one or both parties don’t know how to construct their argument logically.

How to have a polite, efficient and logical debate?

Here are some guideline?

It shows us that some brains are better than others.  Not everyone of us can be a philosopher or scientist.

If your brain is not good enough, sometimes you could be confused by some witty, flaw logic and argument that the other party present to you.  You will be lost in the maze they built to trap you.

I have written an article before on Knowledge and Wisdom which you might like to read.  If you want to have better brain functions and memory, you need to train your mind and keep learning new things.