Today, I want to talk about Feminism.  The real meaning and the social understanding of this word are very confusing.  If you proclaim yourself as a feminist, others will think you want to be a man or someone who hates men.

I have done a bit of research of feminism on the internet.  There are not many people who actually understand the actual meaning of this word.  There are feminist movements in the 1960 -1970 which they fought to get equality in the workplace and at home.  For the society at the time, and still is, sees women as housekeepers and domestic workers.  Women at that time have a incredibly low social status.

There is a very good article on this: THE 1960S-70S AMERICAN FEMINIST MOVEMENT
which will give you more details.  Not only America, there are similar movements in England, France and other western countries.

Here is the definition of feminism from Wikipedia.
Feminism is a collection of movements and ideologies aimed at defining, establishing, and defending equal political, economic, cultural, and social rights for women. This includes seeking to establish equal opportunities for women in education and employment.

So you see the meaning of this word is the women’s demand for equality in political, economic, cultural and social rights.  It is nothing to do with men hating or women trying to be men.  Or as some people think feminists are women who don’t want to be housewifes or housekeepers.

I want you to see a video before we discuss further on feminism.

At the end of the video, Emma invites you to join http://www.heforshe.org  – both men and women.  heForshe.org is an organization promoting women’s right.

There is another article I want to show you.  Feminism Vs Women’s Rights.

I don’t like to use this word “feminism” because the meaning has been misunderstood by many.  “Women’s Right” is a better description of what it really stand for.

As you know women’s right was a historical issue since ancient times.  Men rule the world and still is, women has few rights which I think they deserved more.  I hate to see that in Middle East countries, girls don’t have the right to education.  In Muslim countries, women have to cover themselves with burka from head to toe.  A single woman cannot go to a pub by themselves if they don’t have a husband. 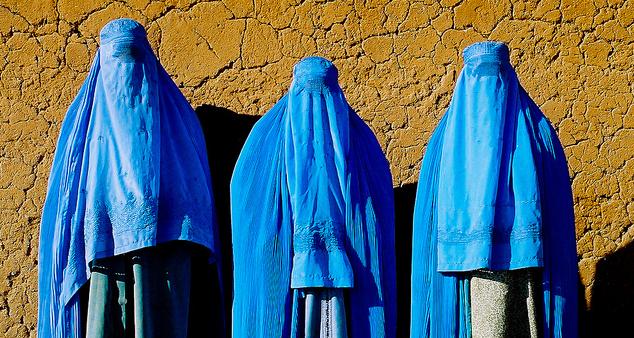 In some countries, women are worse than slaves, Afghanistan, Democratic Republic of Congo, Iraq, Nepal, Sudan, Guatemala, Mali, Saudi Arabia, Somali and many others.  Women face rape, violence and abuse every day – hell on earth.  It makes me sick even reading or talking about it.

In Asian countries like Japan, China, Korea, Indonesia, India, Thailand and others.  Women don’t have any right in politics and also leadership.

In western countries, women make less money compared with man who are doing the same job.  I think it is totally disgusting, it is so unfair.  As a man myself, I don’t like to see my mother, my sisters or my daughters to be bully or treated unfairly.  Do you?

Women can do things that men cannot do.  Their multitasking ability is amazing.  One upon a time, I saw a woman walking with her friend, chatting and knitting at the same time.  Amazing! If a man tries doing that, he might get himself kill.  They have many other abilities that we men don’t have, I am not going to tell you, you have to figure it out yourself.

Women are the most beautiful and wonderful creatures that God created.  We should adore women and looks after them.  We should treasure them and not harm or trample them.  Without women, human race would not exist.  They just want men to treat them as equals and it is a fair request.