On 31 August 2014, the Chinese National People’s Congress states that in the “universal suffrage” for the election in 2017 (to choose a new executive to govern Hong Kong), the Chief Executive-elect will have to be appointed by the Central People’s Government.  The students in Hong Kong saw that it is against the principle of true democratic election.

They desired true democracy for Hong Kong, so they take to the streets and protest.  Their slogan was “Occupy Central”.  Here were the demands by the Hong Kong Federation of Students and Scholarism:- 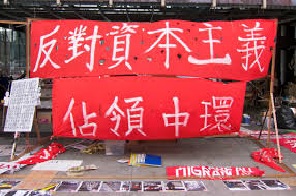 If you are one of the students reading this article, I advise you to stop this protest.  I don’t think you know what you are doing.  This protest will not bring democracy to Hong Kong; instead, it will do more harm than good – to the people of Hong Kong and also yourself.

I will tell you the reasons.

1.  The Chinese rulers will not give you what you want 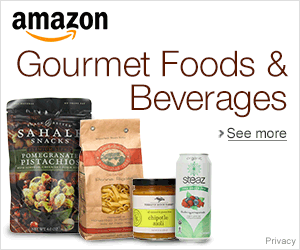 The reason is very simple, if they give you what you want, similar protests will happen in other parts of China.  Other people will do the same thing to demand their rights.  Then China will become a mess and fall into chaos.

Just put yourself in their shoes.  If you are the ruler of China – will you give in to such demand? The answer is a definite 100% NO.

2. Would people in China support you?

They would not.  They have been living in the communist rule for so long and they are happy that they join them.  Why would they want to fight for democracy for you when they don’t have it themselves.  This is normal human behavior.  When you are poor, would you help someone rich to keep his money.  Think about that.

You would be happy to see him lose all his money.

3. What will happen if you continue?

If you continue with what you are doing, you will do harm to Hong Kong. 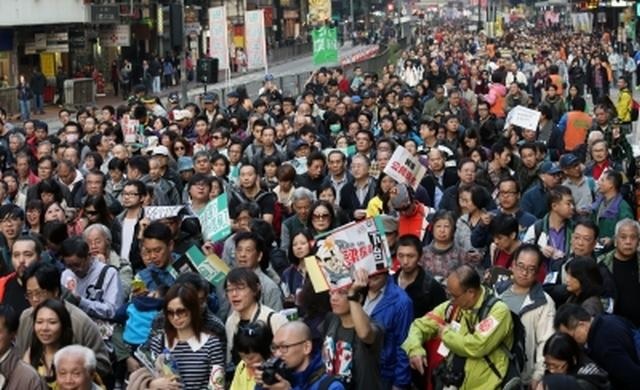 For example, US and rests of the world can condemn China for breaking the rules of human right.  The condemnation can only be words or press release, only words and nothing more.  Other than this, there is nothing else they can do.

Can they wage a war with China?  No, they wouldn’t.  China is one of the strongest military powers in this world, no one would want to go to war with China.  You are not the citizen of their country, why would they risk their lives for you?  I am sure this will never happen, but if it ever does, it will be the third world war and millions of people will die.

Can they put economic sanctions on China?  No, they can’t. Their economy depends on trading with China.  If they stopped trading with China, they would loss huge amount of business in billions of dollars.  The whole world would fall into recession and their own citizens would lose jobs.  Would any country in this world prepare to do this?

After you are crashed, things will go back to normal as if nothing has happened.  Remember Tiananmen Square, what have those students achieved by giving up their lives.  Nothing has changed.

If you make the Chinese Rulers very angry, they can even remove the Basic Laws.  Then there will be no more 5o years rule by Hong Kong people.  Hong Kong will go under communist rule immediately.  Is this what you wanted?

I think you should understand this Chinese idiom – Ask the Tiger for its Skin (与虎谋皮).  This is what you are doing now.

If you cannot protest, what can you do?

There is nothing you can do.  The only way is to leave the country.  If you want democracy, go to live in another country.

If you are one of the student leaders, you are in danger.  So leave Hong Kong as soon as you can.  If they get you, I don’t even want to imagine what will happen to you.  If you have studied history, you will know that history always repeats itself.  Why?  Because we are humans, and we have not changed a bit – we still have the animal behaviour within ourselves, no matter how educated we are.  Not to mention someone who are a dictator and who have the power to do so.

Do I sound pessimistic?  Yes I am.

When you live in a country, you should follow the laws of the country.  You are breaking the law by obstructing public access, other people cannot carry out their businesses and they cannot go to work. No matter how peaceful your protest is, you are still breaking the law.

I think I have said enough and I would say no more.  Please stop this protest and go home.

79 days of protest has ended

Just as what I have predicted.  This protest was doomed to fail.  Chinese Government will never give in to this kind of protest.

The leaders of the movement said that it is not a total loss, they have expanded the pro-democracy camp.  He even said some foolish things like, “Politicians were now aware of the need to connect with young people if they are to survive.”  He is so naive.

Your protest had changed nothing.  Even if it did.  I would like to ask you, “What happens when Hong Kong returns to China Rule in 2047?  What would happen to your democracy?”

In the few thousand years of history of China.  We never have democracy, and it will not change in the near future.

I can foresee that more people will leave Hong Kong before 2047.  Same as what had happened before 1997.

My message is pessimistic, but I do hope Hong Kong people have a good and prosperous future.

I actually agree with you. May be I live in NZ for too long. Hong Kong is part of China now. We’re all Chinese and should love each other. You live in China and should obey the motherland’s rule. To change anything you need to be a politician. Standing on the street and shout doesn’t work. Damaging the economy is no good for anyone.
Jerry

Yes, these students don’t really know what they are doing. I wonder if they know that they will never get what they want? If they actually knew, then why are they doing something which is useless.

Cheers, have a nice day.
MisterWailor